This website uses its own and third-party cookies to store and retrieve information when you browse. Cookies are used to distinguish users, to save the selected language and to recognise users, etc. You can authorise or disable their use, as well as change their settings whenever you wish. If you continue browsing, you are deemed to have accepted the use of cookies. For more information, please click on “Adjust your settings”.
Accept Cookies Adjust your settings

Max Kingston was President of Skål International in 1991-1992 and later awarded with the distinction of Honorary President of the organisation.

Ian McCubbin was President of Skål International in 1996-1997.

May Max and Ian rest in eternal peace, and may their family find the strength to bear such a great loss. Their many friends around the world will miss them immensely. 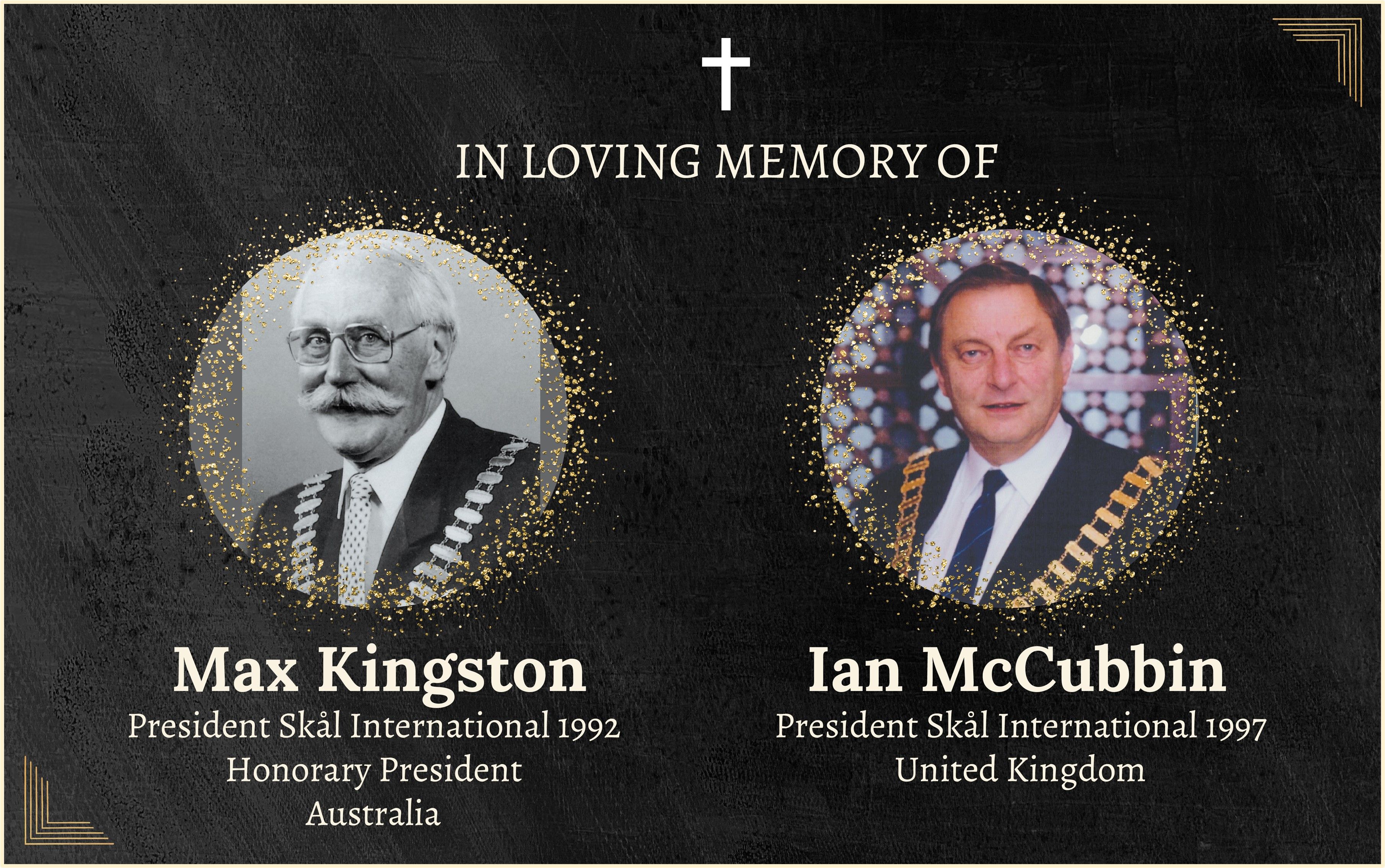